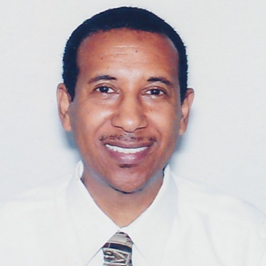 Dr. Zaki Sherif is a Professor at Howard University College of Medicine and Adjunct Professor at Georgetown University School of Medicine through the GHUCCTS program. He completed his studies and training programs at Howard, Georgetown and Stanford Universities. Dr. Sherif is also a medical scientist specializing in cancer research and translational medicine. Among his notable accomplishments are discovering novel genetic mutations in breast cancer and identifying biomarkers for early diagnosis of liver cancer. Dr. Zaki Sherif has numerous scientific publications, sits on the editorial boards of six scientific journals and reviews over two dozen research papers annually for over twelve journal publications. He has been recognized for his scientific work with national and international awards including the Hall of Fame Society for Science and Technology, American Association of Cancer Researchers (AACR) and the Society of Ethiopians Established in Diaspora (SSED) among many others. Dr. Sherif has mentored and graduated over 90 MD’s, and PhD’s in the last two decades; served as a United Nations’ visiting scholar / professor at Addis Ababa University Faculty of Medicine; submitted a blueprint proposal to the Ethiopian Government on cancer center design and operation and made trips to Ethiopia on medical missions and peace negotiations. Dr. Sherif has also been a very active participant in local and international Ethiopian Muslim communities serving as a founding member of Badr Ethiopia and First Hijrah Foundation in the United States.